(A piece of historical fiction from the point of view of a victim of war who finds the whole idea of war abhorrent).

All around was the awful sound of moaning. It was not just mournful, but the sound of immense suffering, the cries of dying men. The battle had waged on, and the day was far spent. In dirt and blood, the soldiers waded on. Horizontal rain, snow, and wind made the normal battle conditions much worse.
Near the edge of the field I stood holding a gun, pointing it at the lad who had once been my best friend. He was dressed in the red coat of a government soldier; I was not.
“You won’t do it!” he yelled.
“What makes you so sure?”
“You don’t believe in violence.”
I felt the anger rising within me. “How could you?”
“It was orders. I had no choice.”
“So that makes it all right? We took you in, and you betrayed us!”
“I didn’t know what the redcoats were planning. I swear I didn’t.”
“They are not liberators as they claim. They attacked our village and killed everyone!”
With a growl my friend retorted, “We need to stop the rebels at any cost!”
“No remorse! You think they can police the world by force, that might is somehow right? You claim God is on your side. Don’t you think he knows what you have done? Did he tell you to help those who killed my family and friends? We aren’t even part of the rebellion!”
The images of my whole family flashed before me as the words burst from my mouth. I recalled Mother helping me up after I had fallen down when I was a little boy, playing in the trees with the other village children; Father showing me how to ride a horse for the first time; the kind pastor who had taught me many Bible stories—and my beloved.
“I didn’t know this would happen . . . I’m sorry. Please . . . put the gun away and we can talk. Please!” he cried as I advanced with the gun still pointed at him.
“I’m through talking!”
“Please . . .”
“Get on your knees!”
Trembling, he dropped to his knees.
“Please . . .”
“It doesn’t feel, good does it? No power. Helplessness.”
“No!” he began to cry.
“Close your eyes and pray for forgiveness.”
Still shaking all over, he closed his eyes and began to mumble.
“I can’t hear you!”
“Father, forgive . . .”
“Good-bye!”
I paused. Could I do it? This was another child of God, no matter how far he had fallen. Who had made me judge, jury, and executioner? Suddenly, I joined the chorus of crying. I couldn’t do it. He looked so cold and helpless kneeling in the dirt like a sinner such as he was, and such as I was. His hands were clasped tight; his fingers had turned red, and his lips were curved with fear and dread. What good would it do to kill him? Across the fields, the howling continued as the slaughter of the wounded commenced.
“You were right, I can’t do it. I, unlike you, have a conscience!”
I threw the gun away in utter disgust that I had come so close to using it, and then I fell to my knees and embraced my prodigal friend.
“I’m sorry,” he whimpered.
“I know . . . as am I.”

As the severe weather beat against us, we continued to cry, holding each other. The battle had waged on, and the day was far spent. 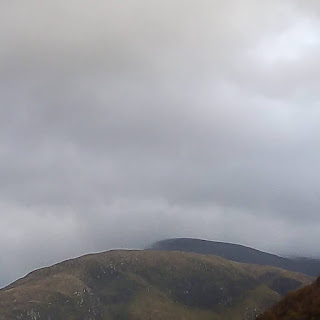 Posted by David Timothy Holdsworth at 13:58

Links that may be of interest: